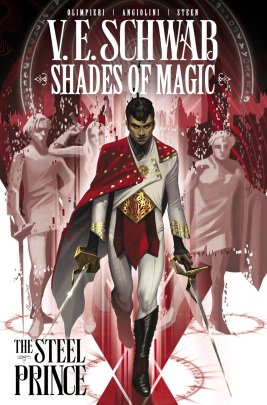 Written by #1 New York Times bestselling author V.E. Schwab and torn from the universe of the Shades of Magic sequence, this all-original comic book prequel to A Darker Shade of Magic is perfect for fans of bloody, swashbuckling adventure and gritty fantasy!

As V.E. Schwab says, “the comics are going to bridge the space between Shades of Magic and Threads of Power.” Delve into the thrilling, epic tale of the young and arrogant prince Maxim Maresh, long before he became the king of Red London and adoptive father to Kell, the lead of A Darker Shade of Magic!

The youthful Maresh is sent to a violent and unmanageable port city on the Blood Coast of Verose, on strict orders from his father, King Nokil Maresh, to cut his military teeth in this lawless landscape.

There, he encounters an unruly band of soldiers, a lawless landscape, and the intoxicatingly deadly presence of the newly returned pirate queen, Arisa…

Thank you to the Titan Comics for sending me an ARC in exchange for an honest review and the opportunity to be on your blog tour!

Hi everyone! I know it’s been a long time but thank you for dropping by to see my first post of 2019. There are many things that I want to get back to in the bookish community, the main thing being to focus on this blog – and what a wonderful way to start than with this beautiful graphic novel!

Now, don’t kill me but I haven’t read this series by V.E Schwab – I know, shame on me! However, being that this is a prequel, I think it would be a better way for me to dive right into the series – a beginning to the end kind of feel. I usually don’t read these but when I was given all of the information, I was very intrigued, especially since this is such a beloved series in the YA world and let me just say, this is absolutely stunning. The artwork and coloring is done really well – here’s a glimpse inside the actual prequel itself. 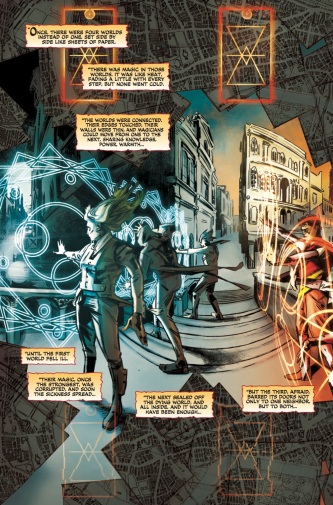 I really love the fine details in the background that you can see of London as the four separate ones are created and how easily it transitions with the wording on the pages. All of the pages have such amazing detail and that’s one thing that I really enjoyed with this novel. The story itself is quick to go through and reads well – it doesn’t feel like it’s difficult to tell who is speaking at what time (but there is also a character index at the beginning in case there is at any time you are confused by who is talking).

All in all, I really enjoyed the pace of the story. It moves at a steady pace while you’re reading and because it is so smooth going from page to page, I flew through it rather quickly while also admiring the illustrations.

Here are some other blogs from the tour if you’d like to see more reviews! 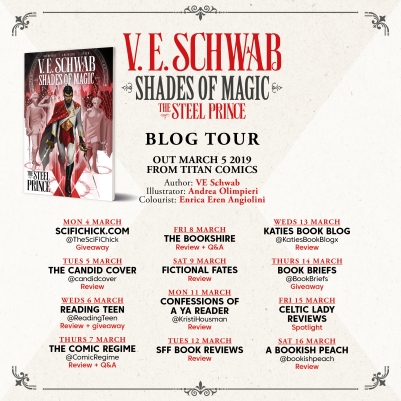 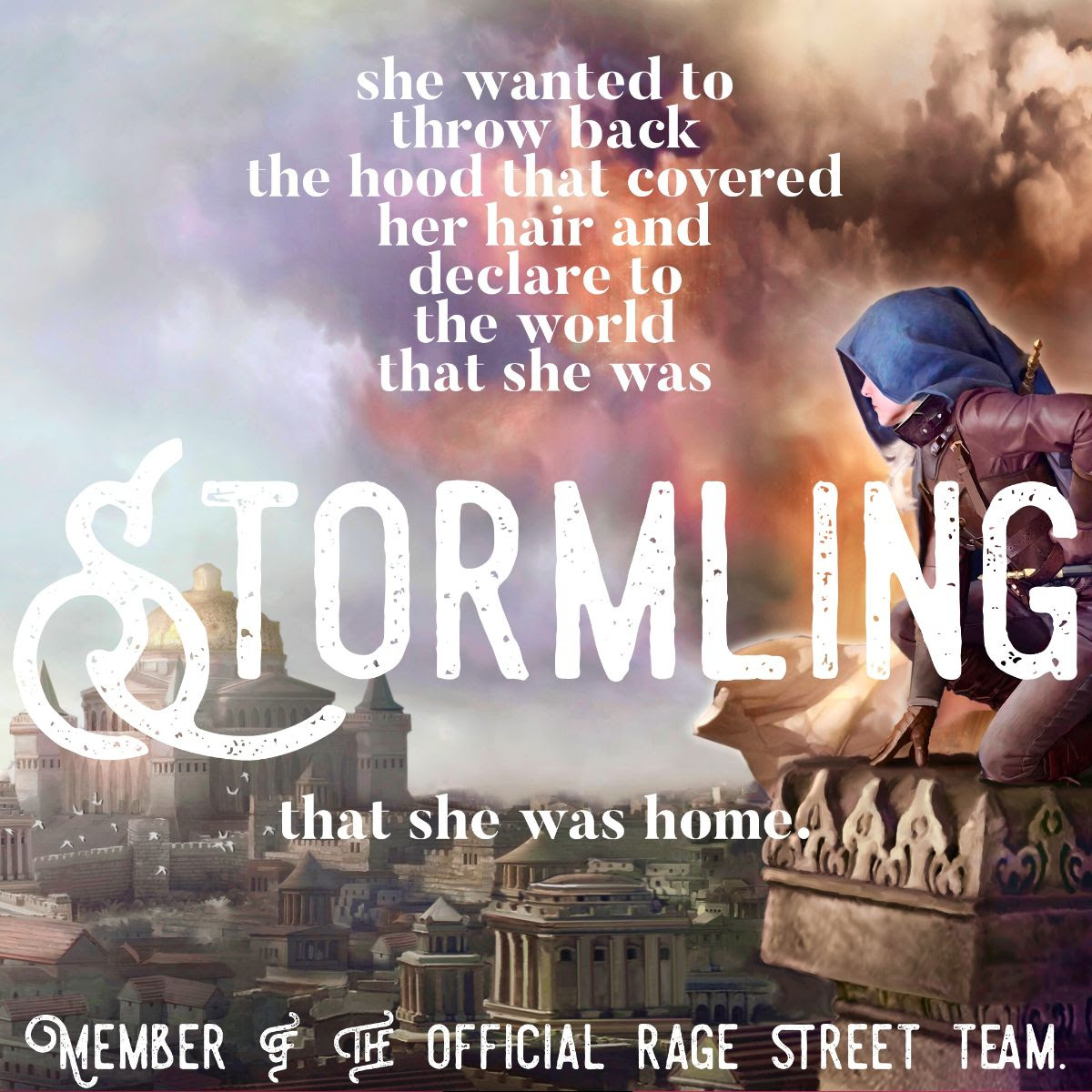